Continued cuts year-over-year are not sustainable for physician practices to survive especially as our costs continue to increase. We must come together to find a better way, a solution that rewards quality and value. Strategic Radiology is uniquely positioned to contribute to that conversation and show the value of the private practice of radiology.

Physicians beleaguered by the latest pandemic surge, a run-up in inflation, and a potential double-digit pay-cut breathed easier when Congress passed the “Protecting Medicare and American Farmers from Sequester Cuts Act” last week. Numerous physician organizations—including the ACR and RBMA—joined in the big tent effort to stop the cuts, but for Strategic Radiology and newly engaged lobbying firm Thorn Run Partners, it was their first dance on Capitol Hill.

Strategic Radiology Advocacy Committee Chair Linda Wilgus and Shea McCarthy, Senior Vice President with Thorn Run Partners, shared insights on how the fix emerged, their first foray on Capitol Hill, and what remains to be done in 2022.

Q: Just last week, prospects of even a temporary fix looked dim—where did this fix come from, what happened to get it across the finish line, and has a physician pay fix ever been paired with a farm rescue bill before? 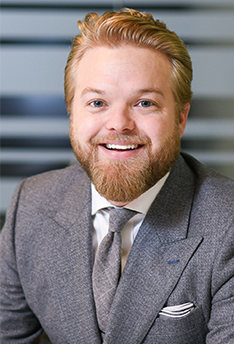 to fund operations until February 18. It was highly expected at the time that Congress would pass a shorter CR, funding the government until mid-December, at which point they would have another “vehicle” to advance our priorities around Medicare payments. When the government funding deal passed, eliminating any other vehicles for legislation to ride along, the prospect of the year lapsing without a deal being reached became very real.

Fortunately, significant pressure was applied on lawmakers to pass stand-alone legislation to avert these payment cuts. House Democratic leadership worked with bipartisan staff on the Energy & Commerce and Ways & Means Committee to negotiate a deal to avert the various payment cuts. This deal was spurred in part by pressure from a large group of bipartisan lawmakers who expressed support in averting the cuts, such as the 245 Members of Congress who signed an October letter to congressional leaders on the issue.

Farmers were among those who would have been subject to funding cuts if the so-called ‘PAYGO’ sequestration (4% cuts) were to go into effect — hence the name of the legislation. If implemented, PAYGO sequestration would impact most domestic discretionary programs, including Medicare, farm security and rural investment programs, rehab services, and much more.

Q: On a scale of 1 to 10, how would you rate the bill in addressing both physician and specifically radiology needs?

Wilgus: I would give it a solid 8.  Heading into year-end, we were not optimistic that Congress would have the time or appetite to consider any fixes to the Medicare Physician Fee Schedule—especially once they passed a 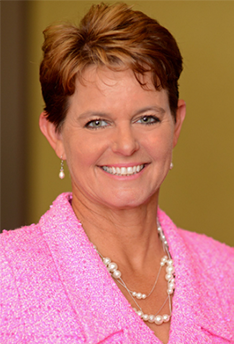 continuing resolution to fund the government through February.  But through continued advocacy efforts and an understanding that the health-care system is still being impacted by the pandemic, Congress worked to make sure physicians were not significantly impacted by the cuts.

Q: What role did the Strategic Radiology practices play in the effort?

McCarthy: Strategic Radiology practices mobilized by sending more than 800 personalized letters to Members of Congress in support of averting these significant cuts to the Medicare program. These letters added to the public pressure on lawmakers to prioritize this issue before the end of the year. Beyond that, members of Strategic Radiology’s Advocacy Committee participated in regular calls as this process unfolded, offering anecdotes and data to support our advocacy efforts in Washington.

Wilgus: Strategic Radiology now has a strong voice when it comes to Radiology advocacy efforts and a partner that will help decision-makers understand why supporting the private practice of medicine is so important to providing high quality care in a cost-efficient manner.  Thorn Run’s communication platform was simple to use and allowed SR members to directly message their congressional representatives with their concerns.  Shea was in constant communication with the Advocacy Committee and leadership at Strategic Radiology, educating and informing us about how things were progressing on the Hill.   To paraphrase Hamilton, I almost felt like we were “in the room when it happened.”

Q: What didn’t the Protecting Medicare and American Farmers from Sequester Cuts Act do?

McCarthy: While the bill includes many important fixes to physician reimbursement for 2022, it did not go as far as we would have liked on Medicare sequestration or PAYGO. The new law would allow Medicare sequestration to be phased in throughout 2022, implementing a 1% cut in Q2 and a 2% cut in Q3 and Q4. On PAYGO, the new law has delayed the 4% cuts until 2023, meaning that we will likely be faced with another reimbursement cliff at the end of next year and again be advocating for relief from Congress.

Additionally, the bill doesn’t include any provisions tied to clinical labor policy changes that CMS made in the 2022 Medicare Physician Fee Schedule. CMS finalized a proposal to update clinical labor pricing as part of the 2022 MPFS but added a four-year transition period to ease in cuts some providers will see. However, some providers raised concerns with the changes, and Reps. Bobby Rush (D-IL) and Gus Bilirakis (R-FL) have pushed legislation that would stop CMS from implementing changes to clinical labor pricing, direct HHS to study changes made to the MPFS over the last 20 years and come up with long-term reforms. While it is unlikely that Congress addresses this issue in the short-term, it could open the door to longer-term discussions around needed reforms to provide more stability in Medicare payment policy.

Q: How does this fix impact the Strategic Radiology advocacy agenda for 2022?

Wilgus: As noted earlier, I give the 2021 legislation a solid 8.  We still have a great deal of work to do.  A significant percentage of the proposed cuts in the MPFS that Strategic Radiology members faced in 2022, were delayed to 2023.  Many if not all of us in radiology believe that the Medicare payment system needs a major overhaul.  Continued cuts year-over-year are not sustainable for physician practices to survive especially as our costs continue to increase.  We must come together to find a better way, a solution that rewards quality and value.  Strategic Radiology is uniquely positioned to contribute to that conversation and show the value of the private practice of radiology.